All the companies that call themselves ‘tank testing’ companies have a loophole in their reports! The reason is the tank testing cost is relatively inexpensive. If a company was to do such a comprehensive test, the cost of equipment and redundancy to guarantee a test would cost more than removing the oil tank. In reality, the test is good, just not perfect.

So, before going with a tank testing firm other than Oil Tank Assurance, ask the company to put in writing that their tank test comes with a 100% guarantee that if the tank has any holes, any leaks, needs any cleanup, or any thing at all, they will pay for it.

You will learn their reports will say the following:

No Oil Tank Test is Perfect

The first thing a prospective buyer should know is there is no oil tank test that is 100% accurate. Every tank test has flaws and disclaimers. No environmental company will ever guarantee that there is no leak and no potential liability. Depending on the needs of a specific project, there are a number of tests available. All have their own pros and cons. Except for OilTankAssurance.com.

This type of test is completed by advancing probes down the side of the oil tank and extracting samples. Most probes or augers are about one inch in length.

PRO: If samples are advanced under the tank grave further than just the bottom, the test will typically eliminate the risk of a major cleanup. You could however, still be responsible for a cleanup in the range of $3,000 to $8,000 if there is minor contamination.
CON: The soil test results will only tell you that in the exact spots that were sampled, there was or was not oil in that spot. This is not a guarantee.

There are many versions of this test, but most are regulated by the EPA. Regulations state that the test must be accurate to find leaks that are greater than ten gallons per hour. Often, because of a rusty vent pipe, results can be misleading as to whether a tank is leaking leading to more work.

PRO: Finds potential problems in other parts of the tank which might be failing prior to a leak.
CON: Not uncommon that tanks pass only to find out a major cleanup is warranted and later prove the tank has leaked 100 gallons. A tenth of a gallon per hour is just less than 2.4 gallons per day.

Want to be guaranteed and have some assurance? Hire Oil Tank Assurance!

While it costs a little more, it offers a guarantee from any added expense provided you remove the tank within 30 days of the job. With our Oil Tank Assurance testing, we use a combination of testing methods to bring our accuracy up to a 99.99% tolerance allowing us to guarantee our results. As part of the agreement, an affiliated Steve Rich Group company must remove the oil tank as well.

OilTankAssurance.com, peace of mind knowing you have Assurance!

It is very important to realize that no oil tank test provides enough information to determine the extent of contamination or the cost of remediation.

Oil Tank Assurance came up with this approved way of testing soil after discovering that EVERY tank testing company had a margin of error. Testing was only accurate within their tolerances, and would not guarantee 100% that there was no contamination in the ground.

Remember, when a company badmouths a specific company without facts, they are hiding something or looking to take advantage of you. We will explain our procedures and give you the pros and cons of other procedures. We urge you to not sign with another company before you feel you are 100% covered. 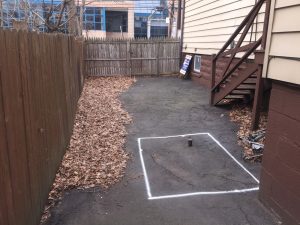 An Oil Tank Assurance technician will arrive at your site to evaluate an underground storage tank. The technician will locate the fill pipe. They will then check for product and water measurements as well as the depth of the tank, using an oil measuring stick. The exact size, boundaries and perimeter will be established.

Don’t hire any testing company until you ask: “Is this test guaranteed?” 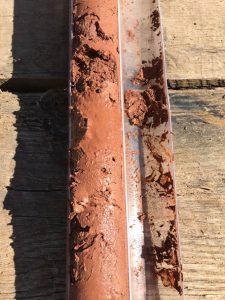 Next, the technician will utilize a series of earth boring equipment, including but not limited to augers, rotary hammers, GeoProbe, hand augers and core drills.

Soil samples will be collected from 0-6 inches below the base of the tank at most locations. If these are confirmed with field analysis and or a PID meter to be negative of hydrocarbons, a sample will be extended to at least 24” below the oil tank and possibly until ground water is found to thoroughly test the soils. The samples will then be combined in equal amounts into one jar and transported to a NJDEP lab.

On projects where refusal is met (typically rock or concrete at or under the the oil tank bottom), with approval,  a standard tank test will be performed at a reduced rate voiding the guarantee (typically only 50% of the price).

Site conditions vary and the guarantee can only be given when Oil Tank Assurance can complete all the work as described, without limitations or obstructions.

In cases where full access cannot be achieved, a minimum mobilization fee of $200.00 will be charged.